ONE SECOND OF SILENCE

In May 2008, Edith Dekyndt was involved in an Erasmus workshop which took place in Enschede (NL). The title of the workshop was ‘BORDERS OF PERCEPTION’, meaning at the same time the idea of borders as the boundary of a state, and the notion of the limits of our perceptions, for example in seeing, hearing, tasting, etc
There she realised a first transparent flag, which came from the title of the workshop. The flag is a kind of void, a flag without images, which leaves only see the sky behind it, a contemplative view.
There is also a presence of two important elements from classical painting, the sky itself and the drapery of fabric.

In the following summer, the artist went to the USA. and there she continued to film transparent flags in different places. From some of her shoots came ‘ONE SECOND OF SILENCE (Part 02 and Part 03)’.
She will continue to pursue this process in different countries this year and next year. To have a kind of collection of skies from different countries, always with those transparent, silent or mute (in the sense of without words or symbols) flags.

The title (ONE SECOND OF SILENCE) come from some reflections about the meaning of a flag, the idea of commemoration, the notion of the trajectory of the sound in the air, and a tribute to John Cage’s “4’33” 1952, and Raymond Depardon’s 10 Minutes de silence pour John Lennon, 1980.

A moment of silence is the expression of a period of silent contemplation, prayer, reflection, or meditation. Similar to flying a flag at half-mast, a moment of silence is often a gesture of respect, particularly in mourning for those who have recently died or as part of a commemoration ceremony of a tragic historical event.

One minute is a common length of time for the commemoration, though other periods of time may be chosen, normally connected in some way with the event being commemorated (there might be a minute given for every death commemorated, for example). During the moment of silence, participants may typically bow their heads, remove hats, and refrain from speaking or moving places for the duration. A person officiating or presiding over the gathering will be responsible for the declaring and timing of the period of silence.

Public moments of silence in the United States both arise from and contribute to this debate over prayer, and the separation of church and state. A moment of silence lacks any specific religious formulation, and therefore it has been presented as a way of creating reflection and respect without endorsing any particular sect.

Any exchange is punctuated with silence, a silence that nobody can hear and who exists in the distance from the conversation. Sound takes one second to be arrived to reach person who is with 340 meters away. One second of unperceivable silence, which makes possible the transmission of words and listening to them. A silence, which traverses the sound. 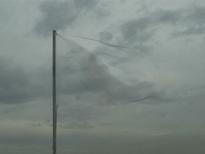