This ‘camera obscura’ recording was taken near Point Lobos, San Francisco. This camera type (built by Floyd Jennings in 1946) consists of an enclosed space representing the outside world by means of a fully rotated projection. The dark room functions as a neutral intermediary and it redefines the outside as an exposed image on a hollow disc. The video camera dwells through the image of the camera obscura, revealing the parabolic construction from which the world is perceived. Through his lens Heiremans explores a halted and illusory spaciousness: images of seas and landscapes rotate by the round edges of the camera in an undetermined haze, recognisable, but always open to interpretations and imagination. 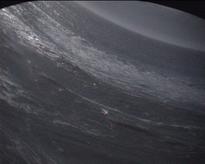 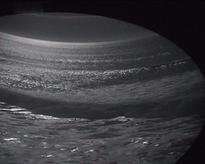