‘Plier’ was made as a fifteen-minute assignment for the Melbourne International Film Festival – where it was also chosen as the best work. The challenge consisted in making a video within 15 hours, without any budget or preparations and with clear, multiple appearances of a secret object, not to be revealed until the day of the recording. In this case it turned out to be an origami plane. A digital video camera follows in the footsteps of two girls. They loiter about with the little toy, dancing through the streets of Brussels, accompanied by an English voice-over delivering tongue-in-cheek comments on Belgian statistical data. A playful choreography of Belgian statistics, concluding with a wink: “Yep, we sure live in a great country”. 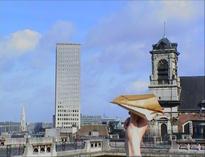 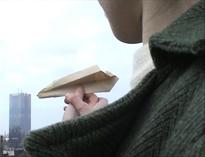 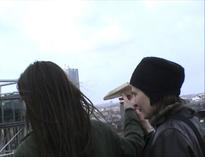 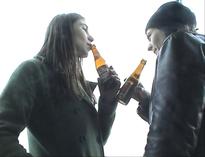