The work is a dramatised recording of a performance, put up during the opening of an exhibition in the Museum Dhondt-Dhaenens in Deurle. Theys, who has a twin brother himself, had asked some eighty identical twins to mingle with the public that was present at the time, and behave as normal visitors to an exhibition would. Slowly the camera scrutinizes the faces of these twins, as well as the faces of the visitors, looking around in amazement, amused at times, and, in some cases, totally bewildered. The title is a reference to a short story by Edgar Allan Poe, in which the character of William Wilson runs into somebody one day with the same name, who was born on the same day as he was, and, on top of that, looks just like him. Accompanying the images, a rancid male voiceover whispers the story, straight into your ears, as it were. 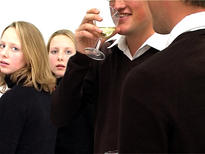 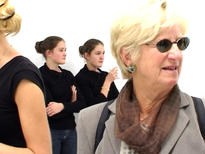 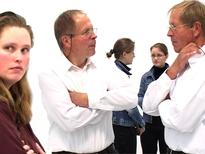 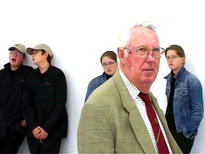 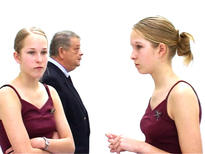