‘Cargadores’ is the first in a series of ten films that come further out of Joëlle de La Casinière and Michel Bonnemaison’s seven-year stay on the American continent. The ‘cargadores’ referred to in the title are Cuzco’s street porters, human beings who carry on their back a huge bundle with all the sorrows of the world. Their load can be sometimes so big that they seem to disappear underneath it, becoming a part of the mass of objects they carry. Mountains of baskets, boxes or chairs are left wandering around the city on their own. Ferrand’s camera follows them through the streets of Cuzco, sometimes openly, sometimes furtively, but never distant.
The film was made in 1971. The soundtrack by Jacques Lederlin was added by Joëlle de la Casinière in 2007. 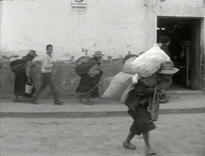 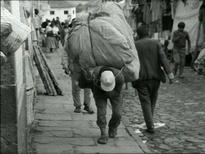 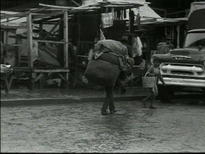 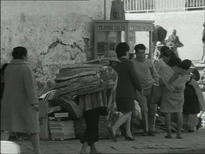 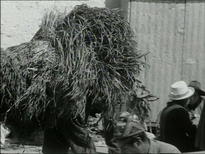