Sonar is short and sharp, a dynamic interplay between sight and sound.
In the line of contemporary moving graphic arts, Sonar is geometric, abstract, and consists of purely digitally generated images (and sounds).
The minimalist, electronic soundtrack by Ryoji Ikeda is not illustrated by the image (nor vice versa): the excitement of this work is that picture and sounds seem to drink from the same spring. The installation is completed with an invitation to the passer-by: "be a form in the dark", referring to the graphics in the image which move to the music like 'forms in the dark'.

Sonar was originally produced as an introduction to Bruno Pieters' couture show presented in Paris, for which he won an award from l'Officiel magazine as Best Couture Presentation of 2001. 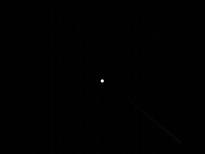 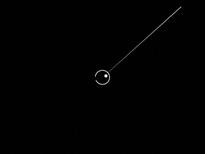 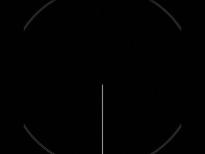