Example of a “film-récit film d’aventure”. We are shown fragments of the course taken by two objects fabricated on the beach and tied to balloons. The editing of the shortened version stays loyal to the chronology of the original shots. The objects work their way over the beach, slowed down every once in a while by obstacles or carried away by fierce gusts of wind. They become almost human. One cannot free oneself of the impression that these objects have feelings and a certain destiny in life as well. While filming I hoped that the camera’s battery wouldn’t fall out since an end forced upon by technology seemed somehow less interesting than the endless range of possibilities reality offers. (Joëlle Tuerlinckx) 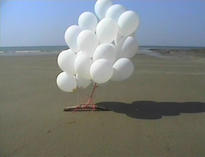 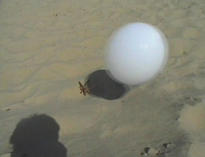 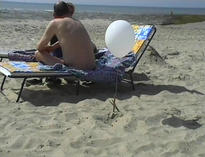 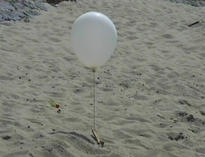