Johnny is an independent video which is also part of the longer work Pare-brise série (1999). In this early video production, Emilio López-Menchero is concerned about the logic of statements of fact, time and the notion of waiting. Johnny is a sequence recorded with a steadycam through the windowpane of a stationary car. The ambient sound comes from the radio and the video, after the introduction of the speakers, lasts the length of the song Si j'étais un charpentier – originally composed by Tim Hardin with the title If I were a carpenter – performed by Johnny Hallyday. 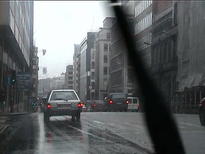 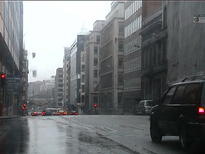 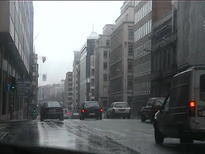