This is the subtitle for Dieper: “deeper into matter, further away from hell.” What used to be the exclusive domain of interest of philosophers is now taken over by scientists: the research into the essence of matter. “The anti-strategy of each modernist rule of reduction loses its force in the inevitable confrontation with the abstract systems of radical negation and refute.” Dieper makes use of that reduction rule as a style element to descend into the essence of matter, and therefore also into the underworld of thinking, looking for the immoral, the anti-matter. Van Kerckhoven starts from banal images of movement artist Marc Vanrunxt, figuring as a human presence on a bridge over the highway, in a room, a garden... and processing it digitally into a fickle kaleidoscope of colour, shape, light and movement. Conceived after the tradition of the lettrist cinema Dieper can just as easily be read as a book than as a film.

"Deeper: The anti-strategy of every modernist reduction rule loses its power in the inevitable confrontation with the abstract systems of radical negation and refusal. Deeper uses that modernist reduction rule as a style element to get down to the essence of matter by means of a kind of anti-evil. Thus also getting down into thought, searching for the immoral, the anti-matter. Deeper in the matter, further away from hell, along with symbolism, into the abysses of humankind, that is the purpose."  (AMVK, 03/03/03)

"The subtitle of the 44-minute movie is: "deeper into matter, further away from hell". What philosophers did before is now being done by particles-scientists: to investigate the essence of matter... Deeper is an anti-sade work. Deeper reads as much as a book than as it does as a film." ( AMVK) 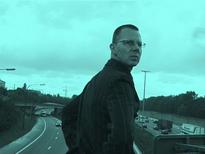 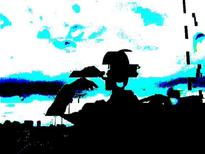 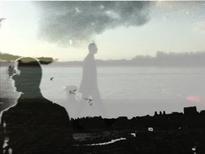 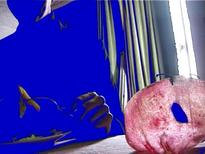 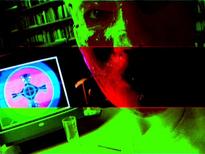