’Faces et Facettes’ is a documentary about several large wooden boxes made by Pierre Courtois. Close-ups of the objects, photographs and drawings inside the boxes. Every time a box turns around, a new box appears. The title refers to the different aspects of the boxes, front -and backside, above and below, wrapped and unwrapped, but also to the different aspects of the central theme which is nature, with a focus on birds. But the video also documents the making of the different boxes and the collecting of the needed objects in the woods. Light and soundtrack accentuate the various facets of the boxes. French verbs, that are pronounced by a female voice and two male voices, are used to name the meaning of the objects and the actions during the collecting. 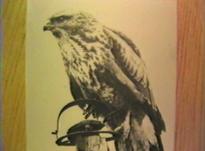 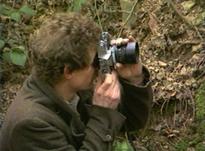 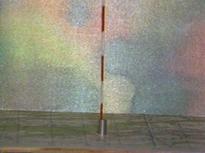