At every tide, the North Sea carries away quite a bit of sand from the beaches. This knowledge engaged a group of artists, activists and intellects to perform a poetic action on different locations at the Belgian coastline of the sea. Led by Alain Géronnez, the director of the video, some ten kindred spirits including Charles Dijck, Paul Vanné, Réginald Stokart, Gérard Thèves and the Groupe 50/04 repeated this action in Bredene (26/03/1973), De Haan (6/04/1974) and Middelkerke (18/04/1974).

The technique used in ‘Projet de préservation du sable de la côte’ (Project to preserve the sea sand) is extremely simple. Before the tide kicked in, contributors would fill waterproof bags with sand. Hermetically closed, these were hidden within the sand when the water came up. After the tide, the bags were subsequently relocated and the sand recovered. Finally, the protected/ gained sand was returned to the shore. Fitting in the minimalist aesthetic of the times (the bags were placed in a straight line) and inscribing itself in the spirit of land art actions, ‘Projet de préservation du sable de la côte’ was both a ‘manual’ and an utopian project. After their three actions, the artists hoped that residents would follow their example. Repeated on a large scale and at every tide, the beach and coastline would theoretically never change. But till today, the North Sea carries away some sand from the coast at every tide…. 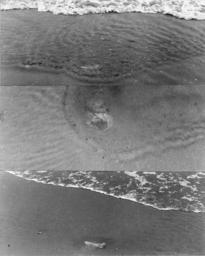 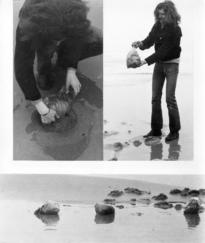 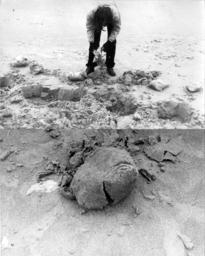 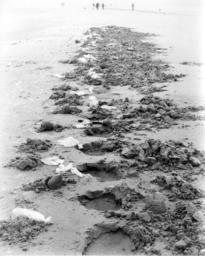