"This is not a performance and even less a good idea." Mystery artist Messieurs Delmotte performs silent-movie hijinks with disregard for dignity and limb. In ’Ce qui est fait, le mal est fait’, the city merely provides a milieu for absurd actions performed alone before the camera. Delmotte executes five short nonsensical actions reminiscent of the silent movie antics of Charlie Chaplin. An unidentified European city serves as the vaguely timeless backdrop in which the man-about-town protagonist provokes viewers with a stream of random violent actions against inanimate objects such as a bed of roses, a pile of dog excrement, and a traffic light.

This series consists of the following parts:
* The need to take back what you've just given (Pigeons 1)
* The Unceasing Desire
* The Dungs
* The Swans
* The Roses
* Traffic Light 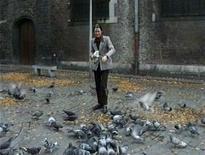 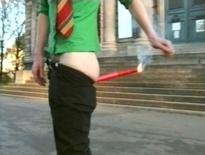 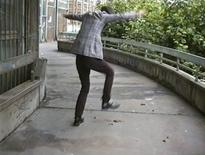 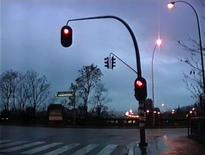