(Entre) is the result of a project Case worked on since 2001. The film consists of a reediting and adaptation of seven film shorts or chapters, which he made in the  period from 2001 – 2004. In addition to these seven short films, there are two ’bonus tracks’, (Out-i-m-e) and (La cacahuète: post scriptum). In (Entre) Case travels around the world, toying around with the duality of the images he shot, among others, during anti-globalisation demonstrations in Europe, during a stay in India and in a studio, containing a hollow, organic shape. This duality mainly becomes apparent from the option to show different sequences simultaneously – juxtaposed – with urban as well as natural landscapes – in this way he creates links, but he imagines conflicts as well. The word ‘entre’ has a meaning immediately implying a relationship with another notion, for instance when it is used in a ‘between…and…’ sequence. The images in the film interact with each other, both because of the editing and, other moments, because of their subject matter. The music (or the background noise) is always there as a supporting, atmospheric element.The shorts Case made for (Entre) in 2004 also exist as independant works. 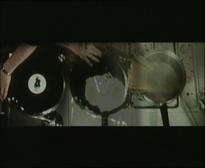 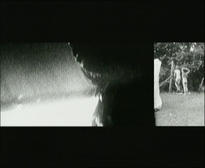 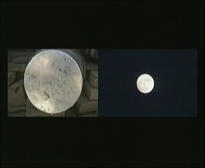