For almost twenty years the Dutch artists Jan Dietvorst and Roy Villevoye have been exploring issues as diverse as anthropological representation, the conventions of documentary filmmaking and culture as a mean of adaptation and re-enactment.

The publication EVIDENCE is published on the occasion of their first major solo exhibition in Belgium which took place at Argos from May 14th to July 16th, 2017. The method of editing used in their collective film work has been applied in this book to 148 photographs from their archives.

In his contribution to the book, curator of the exhibition Andrea Cinel discusses the non-naarative and non-linear way in which their work makes connections and creates meaning. Filmmaker and researcher An van. Dienderen places their work outside traditional documentary genre that she considers characterized by a predictable claim to reality and a fixed relationshop of authority between filmmaker and subject. Her text is a plea for the cinematography of the visual arts.

With the support of Mondriaan Fund. 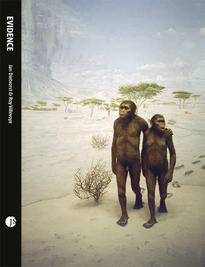