In the framework of 'Macro Asilo' (Hospitable museum) at MACRO (Roma), video art screenings will be held daily on a huge screen specially installed for the purpose, along with encounters, "self-portraits", seminars, launches and retrospectives in the auditorium and cinema theatre. Also a cycle of lectiones magistrales is planned at weekly intervals, in addition to a series of staged events held on a stage erected in the foyer, hosting music, dance and theatre, particularly on Saturday evenings.

During one week, Argos takes part at this event with a screening program compiled from its vast collection (February 19-24). 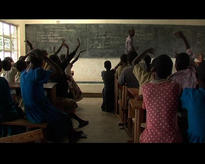