DISSENT ! AARON GEROW ON THE WORK OF TSUCHIMOTO NORIAKI

The documentaries of Tsuchimoto Noriaki (1928-2008) occupy a very special place in the history of documentary filmmaking. Starting in the early 1970s and for the following decades, he committed himself to making visible the terrible consequences of industrial pollution in the life of small seaside fishing communities in Japan, joining his voice to that of other artists and activists, directing films and organising screenings to advocate for the victims’ rights. His careful approach and commitment to filmmaking and advocacy have turned his work into an example of what political cinema could be. Tsuchimoto developed his very personal and independent way of working based on protracted engagement with the communities he worked with, making films based on mutual trust and empathy. At the same time that Ogawa Shinsuke and Ogawa Productions, another great force in Japanese post-war documentary (see Courtisane Festival 2017), were committed to filming the conflicts in the fields of Sanrizuka and were developing their own methods of working, Tsuchimoto was turning his camera to seaside communities and making extraordinary films about the sea and the local people. The Courtisane Festival 2019 will focus on the work of Tsuchimoto Noriaki, on which Aaron Gerow will give an illustrated lecture following the screening of Minamata - The Victims and Their World (1971)
Aaron Gerow is professor of East Asian Cinema and Culture at Yale University and has published widely on a variety of topics in Japanese film, media, and popular culture. His books include Visions of Japanese Modernity: Articulations of Cinema, Nation, and Spectatorship, 1895-1925 (2010); A Page of Madness: Cinema and Modernity in 1920s Japan (2008); and Kitano Takeshi (2007).
More info.
In the frame of DISSENT ! Cinema of Politics, Politics of Cinema, an initiative of ARGOS, Auguste Orts and Courtisane. 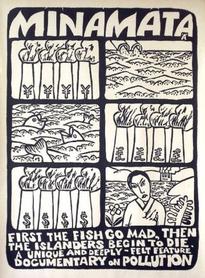