Drifting is a narrative video in which the viewer hears an old man, off-screen, saying farewell to his beloved; as becomes clear from his account, she committed suicide when they were both still young. At the end of his life, the narrator tries to get everything together. He speaks about the tragedy, but also about her inconceivable beauty, which he carries with him. But at the end of his discourse, it becomes clear that his beloved was more than just a lover. The video depicts ‘small’ actions of some figures in dark stylised surroundings. Op De Beeck wrote the text in 2004 and completed an English-spoken version at the occasion of the monograph Hans on the Beeck: On Vanishing.

Hans Op de Beeck (BE, 1969) studied at the Hogeschool Sint- Lukas, Brussels and the Rijksacademie, Amsterdam. As a multidisciplinary artist he makes use of various media, like video, installations, sculptural work, photography, text, animation and sketches. He adapts his medium to the chosen thematic, always searching for some kind of parallel world, an ageless nowhere. The world as it is presented here is an uncanny no man’s land, in which there is hardly room for human beings. He is looking for a ‘being in transit’, an in-between, seemingly reason-less entity: the unrestrained, the chaos of the undefined. Op de Beeck has exhibited at the Fondazione Bevilacqua La Masa (Venice), GEM (The Hague) and Xavier Hufkens (Brussels). In 2001 he won the Young Belgian Painting Prize, in 2006 the Price Eugène Baie. 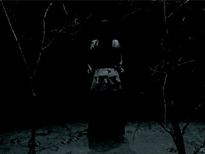