“The dangers of didacticism, or the seemingly unbridgeable rift between cinematic drama and economic affectlessness, would seem to factor against attempting to film the crises of capitalism. Yet the works of past filmmakers and theorists struggling with the experience of economic collapse remain alive with lessons for the present, and the ongoing financial crisis has been the object of noteworthy, if rare, attempts to give narrative and visual form to its underlying causes and effects.”Jeff Kinkle & Alberto Toscano

“Representations of crisis need not be crises of representation“, wrote Alberto Toscano in ‘Filming the Crisis’, a piece he jointly wrote with Jeff Kinkle on various cinematic responses to the ongoing economic turmoil, from Oliver Stone’s Wall Street sequel to Michael Moore’s Capitalism: A Love Story and Hito Steyerl’s In Free Fall. The article rehearses some of the approaches that both authors have been exploring in view of their forthcoming book Cartographies of the Absolute, which aims to provide a critical survey and a series of reflections on the proliferation of works in the visual arts, cinema and literature which seek to tackle the representation of contemporary capitalism. The focus is on those works which in one way or another try to provide models or narratives that might allow us to orient ourselves around the global economic system, taking in account the associated dimensions that pose obdurate problems for plot and image: invisibility and connectivity, the immaterial and the systemic. The book promises to extend the already broad scope of Toscano’s work, which includes acclaimed books such as Fanaticism: On the Uses of an Idea and The Theatre of Production: Philosophy and Individuality between Kant and Deleuze, as well as numerous translations of Alain Badiou and contributions to several journals of art and cultural criticism. He has also occasionally written on the entanglement of politics, aesthetics and political economy in cinema, notably in regards to the films of Jean-Luc Godard, Masao Adachi and Koji Wakamatsu, amongst others. Recently his translation of Franco Fortini’s The Dogs of the Sinai was published alongside a new release of Straub-Huillet’s Fortini/Cani. In this DISSENT ! session we will mainly discuss his Cartographies project, in trying to get to grips with some of the common drives and shared impasses that seem to characterize the current wave of film and art works dealing with the logics of capitalism and its failures. 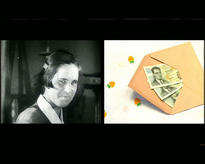 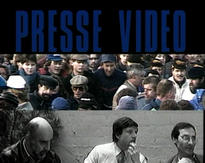 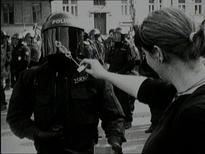