“There are works interested in the representation of war, whether fiction or documentary, and others interested in the tectonics of storytelling, writing history, and identifying and producing documents taking the war situation as a case or a base, because war is one of rare situations where notions of common logic collapse, and the notions of evidence in relation to documents and history have to be challenged.”Akram Zaatari

“How to represent the ongoing struggles in the Middle East, a region in the throes of successive wars, excessive division, and abundant stereotyping? How to displace the dominant vision of never-ending violence, destruction, occupation, resistance, suffering, deeply entangled in what Jean-Luc Godard has referred to as the endless circulation of “brand images”? In his work Akram Zaatari tries to provide some possible responses to this challenge, particularly in regards to the legacy of conflict in his home country, Lebanon. Like many other Beiruti artists who have grown up during the Civil War (1975-1991), Zaatari is concerned with the construction and narrativization of its history and its present day reverberations. A substantial part of his work in film, photography and performance investigates the multiple tensions between memory and history, fiction and document, the public and the private, as a way to intervene in the dominant representation of history. With the use of archival images – partly drawn from the collection of the Arab Image Foundation, which he co-founded – attention is drawn to its constructedness, as well as to its gaps and fissures. In this Dissent! session we will mainly discuss Akram Zaatari’s cinematic work and his use of counter-narrative and docu-fictional strategies, which tend to prompt a fresh perspective on the forms and politics of fiction itself. Perhaps, as Jacques Rancière has suggested, it is above all in situations of radical uncertainty that “the real must be fictionalized in order to be thought.” 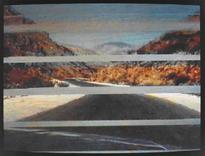