Since 2006, Hors Pistes has pursued its passion for diversity of forms in contemporary moving images. Screenings, performances, video installations, ephemeral web images: the event offers an international selection of these forms. Hors Pistes exists to showcase visual works investigating the world we live in by challenging narrative forms and remapping the borders between film genres. The Swedish artist, composer, musician and writer Erik Bünger works with re-contextualising existing media in performances, installations and web projects. In Gospels, sections of Hollywood interviews are removed from their original contexts, interacting to form a new, seemingly coherent whole. Yet these pre-existing works frequently conflict. Similar tensions are exposed in God Moves on the Water, in which two songs about the sinking of the Titanic are combined to form a third narrative. In The Third Man, the negative power of music is explored. Displacing and recombining familiar material, Bünger challenges the separation between authentic and simulated experiences. 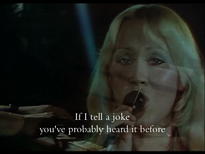 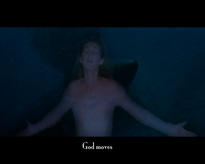