There will be a short talk/presentation at 19:00 between Mira Sanders, Cédric Noël and ARGOS-curator Ive Stevenheydens.

During the last Nocturne at ARGOS before the summer, we kick off the holiday season with the launch of a book publication and a vinyl record.

About the publication: Mira Sanders’ book Inland Voyages in An Inland Voyage documents in text and images Inland Voyages in An Inland Voyage. This exhibition was presented at ARGOS – Centre for Art and Media in Brussels in 2016 and at the Musée d’art contemporain de la Haute-Vienne, Château de Rochechouart in 2018. Sanders’ monumental work depicted concepts Robert Louis Stevenson wrote about in his travelogue An Inland Voyage (1878), but also things he did not mention, namely references to the present or personal reflections. Furthermore, Sanders invited Guðný Rósa Ingimarsdóttir, Filip Berte, Jan Kopp, Erwan Mahéo and Cédric Noël to participate in the project and draw fragments of this imaginary landscape. A film screening presented a new version to the public. The historical and contemporary way of dealing with territory and navigation interweaved with a reflection on the language of cinema.

About the vinyl record: the record is the second chapter of A Voyage into the Moon, a collaboration between the artists Cédric Noël and Mira Sanders. Since their journey in Japan in summer 2017, Sanders and Noël developed a science fiction inspired by their observations and historical/actual underworld situations. Literally referencing to the in classical music often used notion of the overture, Noël’s and Sanders’ A Voyage into the Moon – chapter 2: Overture consists largely of field recordings they made in summer 2017 in Japan. Instead of just juxtaposing sound fields, they composed "a sound(scape) travelling". This is mixed with a Japanese narrated science-fiction story. One side of the record scores a soundscape that traces the navigation of the protagonist from her home to the launch of her space shuttle. It is followed by a second part whereby we hear the protagonist telling about her travelling. The cover of the vinyl record suggests a (moon)landscape. The inner sleeve gives the English translation of the Japanese text and the colophon. 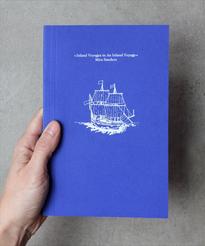 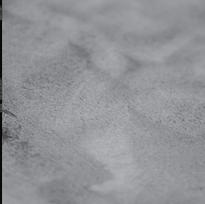