“Oddly, the older I get, the more optimistic I become about the possibilities of film, cinema, movies, whatever you want to call it, as a medium. I think for the way it brings together so many different arts, because of the fact that there is a kind of existential bond between the representation and the thing being represented, because of the way that it can take us to different places, give us an insight into lives that are very different from our own, show us things that we can never possibly see, describe an aspect of reality that hasn’t been acknowledged.” – Thom Andersen

“Cinema is not about the artist. It’s about being in the world, our world, choosing a place and figuring out elements of time and space and limits that are common to all of us. I believe that, if cinema goes beyond its realistic borders, it loses all of its powers.” – Pedro Costa

Pedro Costa and Thom Andersen: two filmmakers who, to all appearances, seem to have very little in common. One is mainly celebrated for his portrayals of the inhabitants of Fontainhas, a quarter on the margins of Lisbon, the other is most well known for his investigations into the history of cinematic representations, in particular those of Los Angeles. But for those who prefer to embrace cinema as a “supplementary country”, as Serge Daney was so keen to say, the geographical or categorical borders that tend to divide it are doomed to be nothing but nuisances and hindrances. If there really is an imaginary country called cinema, it might be because it has true inhabitants who all speak the same “language”, no matter how far apart they may find themselves from one another. This shared language, in all its impurity and hybridity, is precisely grounded in the one sentiment that seems to be lacking these days: trust. A trust in cinema’s capacity to describe the world, in all its terrifying splendor and intolerable horror, in all its vulnerability and resilience. But how does one hold on to this trust, in defiance of the waves of cynicism and defeatism that persistently threaten to erode it? Perhaps that is what Thom Andersen means with “Cinema Against the Grain” – which is the name he has given to one of his classes. What does it mean to think of cinema as an oppositional force? What or whom does cinema need to resist or stand against? And what exactly does this resistance imply? Does it entail stubbornness by remaining in place or the confidence to push ahead? In the latter case, one cannot fail to ask: Where to? Is it not when the answer to this question remains unclear that one is confronted with what is perhaps the most critical question of all: For whom? And perhaps more importantly: With whom? These and other questions will be at stake during this talk, which will be preceded by a screening of Pedro Costa’s magnificent portrait of two filmmakers whose work is undoubtedly one the most powerful manifestations of “Cinema Against the Grain”: Jean-Marie Straub and Danièle Huillet.

Pedro Costa and Thom Andersen are both Artists in Focus at the Courtisane Festival. More info on www.courtisane.be.

DISSENT! is an initiative of Argos, Auguste Orts and Courtisane, in the framework of the research project "Figures of Dissent" (KASK/Hogent), with support of VG. 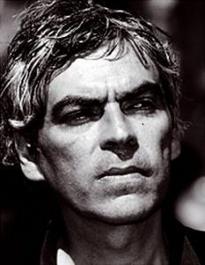