The German-Belgian Andreas Brehmer concentrates himself in his output on the particularities of his medium and his work material. Together his videos form an analysis of both the medium and our viewing behaviour. Andreas Brehmer studied photography, video and multimedia at the Royal Academy of Fine Arts in Gent and design at the Hochschule für Gestaltung in Karlsruhe. Since 1990 he exhibits regularly at various places. A focussing on the nature of the techniques, formal elements and conceptual properties of the video-medium employed are central to his oeuvre. Brehmer often chooses a restrictive starting point in his meta-video works that allows him, by means of a solemn tempo, to elaborate his discourse to the fullest. In this way the artist tries in Sfumato (1999) to dissect the complex relationship between text, sound and image, whereas he concentrates in Incident. Eine Skizze (1999) on the correlation between text, sound and image. Brehmer’s singular point of departure is inversely commensurate to his techniques: these are fragmentary of nature and touch upon a spectrum of clashing, frequently opposing values. Brehmer continually vacillates in his videos between figurative and abstract; he plays with fore and background, with estrangement and recognition. In his videos, for example, he investigates how the image frequency can affect the colour or how the rhythm of the texts influence the volume of the sound. Brehmer dissects to the bone: if he concentrates on the image, he questions the size of the screen, the grain of the image, the structure of the pixel and so on. His imagery is strongly variable: one time he chooses an accumulation of precisely chosen, sure-fire shots whereas in other works he gives the preference to idiosyncratic video and computer techniques such as fast forward, rewind, zooming in and out. Although Brehmer’s research works are very divergent in intention and nature, he consistently reserves an important place for sound. For the music Brehmer sometimes collaborates with ensembles, although he usually provides the soundtrack himself: it also allows him to research the properties of sound. 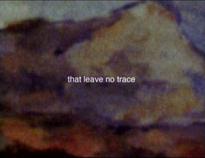 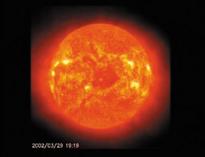 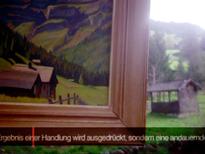 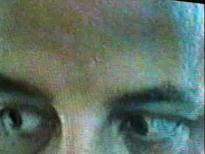 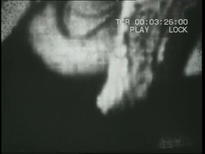