Ilona Ruegg researches the (European) urban fabric. Her drawings, photographs, spatial interventions, (sound) installations and video films attempt to (re)create an exact image of spatial and temporary conditions. Whereas in contemporary Western culture space has a predominantly utilitarian function, Ruegg’s work focuses on other variables of space, such as its mental, spiritual or conceptual qualities. She dubs her site-specific interventions Situations. “My interventions do not reveal what it is they are composed of, but do possibly transcribe an existential state that (…) is already enclosed within the original situation.”

With her work - a body of work consisting of drawings, photographs, spatial interventions, (sound)installations and video films - Ilona Ruegg researches the urban fabric. The Swiss artist residing in Brussels attempts to (re)create an exact image of spatial and temporary conditions. Ilona Ruegg studied fine art at the University of Vincennes (Paris 1970-72) and at the Hochschule für angewandte Kunst in Vienna (1978-1980). Later she traded Vienna for Brussels. In contemporary Western culture space has a predominantly utilitarian function: we often forget the ’transcendental’ value of a space, such as the mental, spiritual or conceptual.

Ilona Ruegg’s recent work focuses on the different variables of space. By means of a strongly conceptually based layer she questions its functional aspects. Born in Switzerland, the early work of the artist -mostly drawings- still fits in with the tradition of abstract painting. In her mid-forties Ruegg moves to Brussels, an occurrence that demarcates a shift of course in her work. The Belgian capital has a problematic history and a dubious policy of urbanisation and architectural integration. This makes a marked impression on the artist. Brussels is a city where, due to a lamentable public policy over a number of years, buildings are planted criss-cross, jumbled throughout the city. Moreover, the city web is thick with city trouble spots such as empty buildings, rubble and weeds that grow right in the centre. Responding to current events, Ruegg seeks out exactly those places in order to illustrate and/or commentate, by means of subtle interventions, on their past, their current function and their impact on daily life. The artist christened her site-specific manoeuvres, that are located somewhere between analysis and production, as Situations, a combination of installations, drawing, photography, video, sound sculpture and typographical designs that get under the skin as it were, of the location.

Ruegg applies artistic copies, insertions and implementations into existing situations, that are completely superfluous to the functioning of the site in question but that bring about a tiny perceptual change, and that draw on a poetic layer. In these actions she tries to detach ’means’ and ’end’: the piece effaces itself and forces the viewer to take the operational side of things into account. In 1998 for example she worked with the memory of the recently cleared-out Lotto Tower, located in the heart of Brussels. The artist continued the task of concierge by creating a temporary platform in it whereby people were invited; an actively proposed swan song as a temporary, terminal extension of the function of the building. The project was linked to the video 23 Storeys (1998) that documents the building floor by floor in all its details. Ruegg produced similar projects in other ’living’ buildings such as museums and in various European cities. In the work A-Z OHNE1+1 (Leipzig, 2000) she connected two cultural places with data from the library of the Neue Galerie für Zeitgenössische Kunst with that from Kunstraum B/2. The action was emphasised with a sound installation in which three different voices sum up a list of exchanged works.

An important part in Ruegg’s Situations goes to language: in the form of sound pieces they form an integral part of it. Springing forth from basal techniques such as chanting, repetition and distortion, those auditive pieces do not sum up the pieces - at most they indicate the situation at hand - but mostly they draw attention to the complex principle and the structure of language itself. The drawing plays another important role in Ruegg’s oeuvre: with equally simple techniques she transforms ’found’ objects from magazines and books, for example, in order to arrive at systems of writing and reading that involve a new conceptualisation. Or as Ilona Ruegg puts it herself: "The doubling, the repetitive performance or the shifting of that which is at hand, reappears constantly in my work. Often they are existing situations that have already been used for various activities that give the works their basis. In fact, I do wish to add ’nothing’ to these situations, often such a circumstance offers sufficient power of expression. (…). My interventions do not show that of which they are composed but possibly transept an existential state that, in the best case, is already enclosed within the original situation." 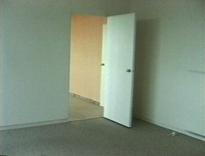