Pierre-Yves Vandeweerd (°1969, Belgium) was trained as an anthropologist and journalist specialising in African civilisations. His work is deeply rooted in the tradition of Cinema réel. Most of it has been filmed in Africa, especially in Mauritania and the Sudan, countries throughout which he undertook long travels, accumulating footage of political conflict and the human suffering caused by it. But these images had to rest for some time until the impressions, emotions and personal memories linked to them had become distant enough to finally undertake their mounting and editing. As time passes, political regimes change –especially in Africa- and at the very moment a film is produced, its footage no longer pictures the present situation. Does one have to wait for things to disappear in order to make them visible and to be able to talk of them? This question underlies Pierre-Yves Vandeweerd’s cinematographic procedure in which filming and vanishing go hand in hand. His work has been shown in international festivals and also during a retrospective in Mauritania. 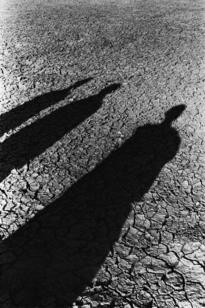