Aymeric De Tapol is a composer and performer of so-called experimental music. He collaborates with contemporary dance, video art, documentary film and radio. He started field recording during a 1999 trip to Western Africa with a Dictaphone and continues more seriously at the GMEA in Albi (France). His sound works are mainly focused on field recordings and frequencies, with an affinity with acoustic and analogic instruments (modular synth, radio, electromagnetic captation, audio junk, etc.) He has recorded and performed in New York (Share), Tunisia (E-Fest), Beijing (Dashanzi South Gate Space), Malaysia, at V2 Rotterdam (during the European Sound Delta residency), Brussels, in France and in Western Africa. His last project "Talking With a Dinosaur" is an archive vinyl record of a unique synthesizer that he recorded in Paris at the GRM/Radio France, edited by Belgian label Angström Records. He is currently playing in the "ZOHO Noise band" and working on other collaborative projects. 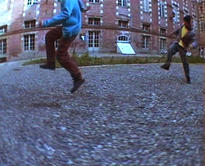 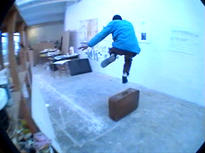 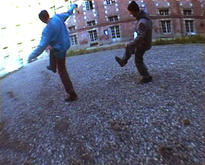 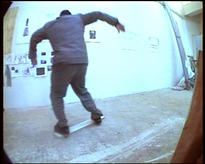