Isabelle Tollenaere is an independent filmmaker from Belgium, making short and feature length films that playfully move between the codes and conventions of documentary and fiction, film and contemporary art. Her work deals with the connections between the current changing reality and the memory of the past. Recent titles include Viva Paradis (2011, short), Battles (2015, feature length film) and The Remembered Film (2018, short). Her films have been widely presented and awarded, amongst others at IFFR (Fipresci award 2015), Centre Pompidou, Viennale, Visions Du Réel, FID Marseille, IDFA, CPH:DOX, 25FPS (Grand Jury Prize 2018), EMAF, Dokufest Kosovo, Ji.hlava, and many others. 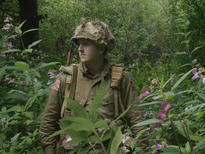 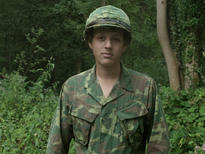