ABOUT THE ANTICAPITALIST CARNIVAL

To work for delight and authentic festivity is barely distinguishable from preparing for a general insurrection.
Raoul Vaneigem

About the Anticapitalistic Carnival illustrates the importance of the celebration in (r)evolutionary thinking. Between 1997 and 2001 Charley Case brought his super-8 camera to manifestations where people of all races, religions, ethnic background, and cultures meet up: marches for a democratic globalism, festivals and rave parties. Stages along his journey were Glastonbury, Prague, London, Brussels, Ibiza, Stuttgart and Belgrade.
The dozens of hours of film material he gathered resulted in About the Anticapitalist Carnival, a two-screens installation of great complexity and richness. Two adjacent projection screens face each others and establish a dialogue. The images differ, the sound is identical, the spectator finds himself in the middle. Images of joy and parties as an instrument of the new revolution on the one hand and anger, violence and powerlessness on the other battle for priority.
Case fully participates in the event with his camera, but at the same time his recordings have an objectifying effect. With unusual poetical aptness he shows turning points between the individual and collectivity. Case’s installation fathoms the anticapitalist imaginary, bestows (r)evolution with a face. His installation mediates a sense of unity with the world, constitutes a mark of honour to new forms of sociability. 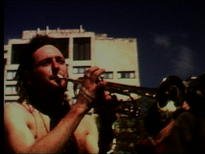 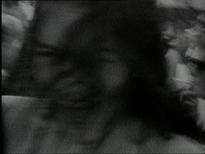 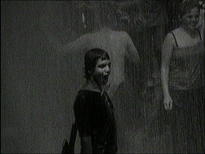 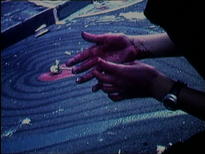 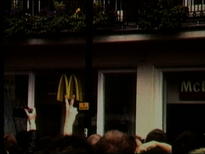